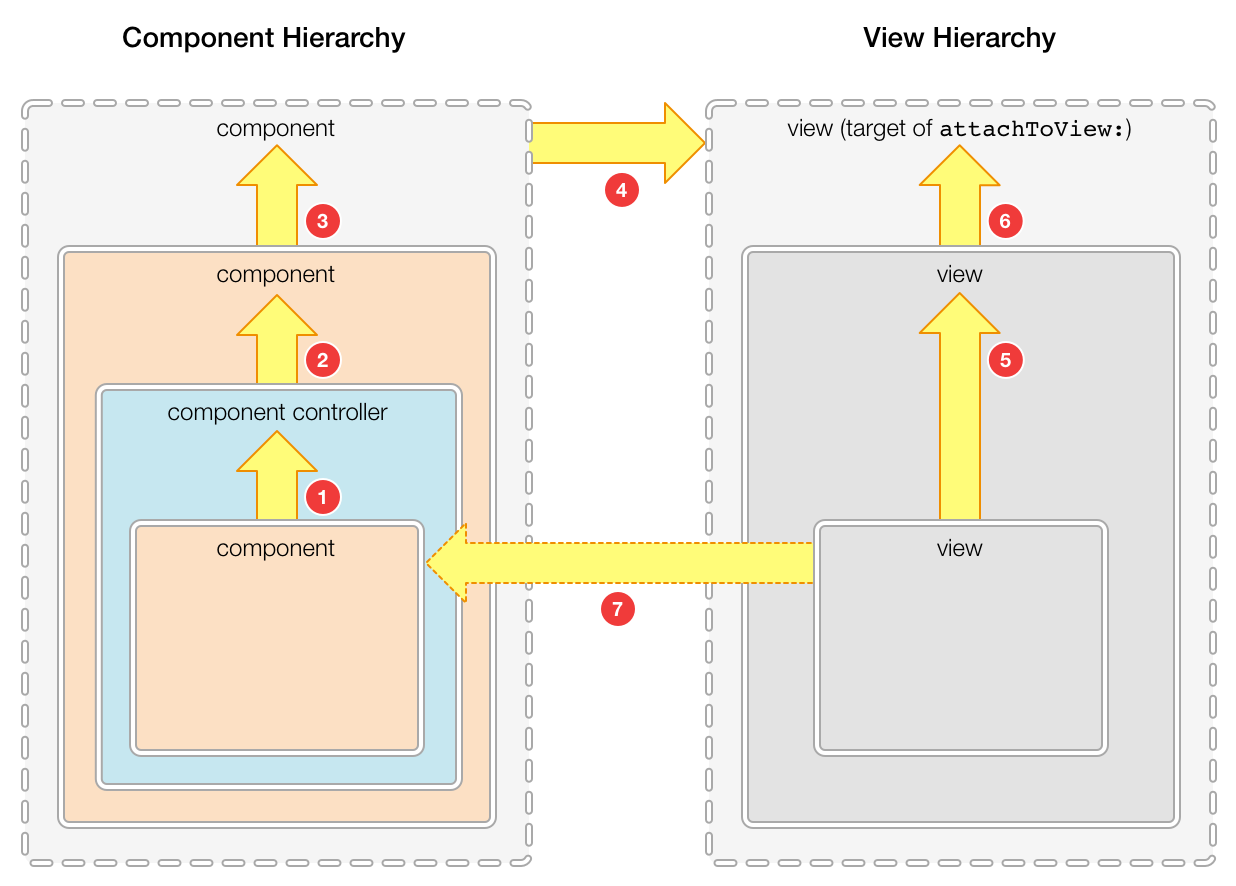 Note that a component is not a subclass of UIResponder and it cannot become the first responder. It does implement both nextResponder and targetForAction:withSender:, however.

The easiest way to handle taps on UIControl views is to use CKComponentActionAttribute. It returns a component attribute that triggers a component action when any given UIControlEvent occurs. For example:

That works for UIControls, but what about other views? Fear not, you can use CKComponentTapGestureAttribute. This allows you to install a tap gesture recognizer on any UIView and be notified when the tap occurs.

What about advanced gestures like panning, pinching, swiping, and so on?

These are more complicated. The way the reactive-update model is implemented in ComponentKit is fairly limited, so the best option is to build an "escape hatch" from the reactive data flow for these at present. Drop down and mutate the underlying views directly as the user performs a gesture.